Albert Einstein (1879–1955) was born in Germany and became an American citizen in 1934. A world-famous theoretical physicist, he was awarded the 1921 Nobel Prize for Physics and is renowned for his Theory of Relativity. In addition to his scientific work, Einstein was an influential humanist who spoke widely about politics, ethics, and social causes. After leaving Europe, Einstein taught at Princeton University. His theories were instrumental in shaping the atomic age.

Neil Berger, an associate professor emeritus of mathematics, taught at the University of Illinois at Chicago in the Mathematics, Statistics, and Computer Science department from 1968 until his retirement in 2001. He was the recipient of the first Monroe H. Martin Prize (1975), which is now awarded by the University of Maryland every five years for a singly authored outstanding applied mathematics research paper. He has published numerous papers and reviews in his fields of expertise, which include elasticity, tensor analysis, scattering theory, and fluid mechanics. 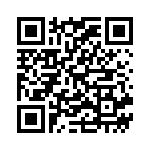