Pagina iv
For information address Harper & Row , Publishers , Inc . , 49 East 33rd Street , New York , N . Y . 10016 . Published simultaneously in Canada by Fitzhenry & Whiteside Limited , Toronto . FIRST EDITION LIBRARY OF CONGRESS CATALOG CARD ...
Pagina 182
... Accomac , Northhampton , Elizabeth City , York , Princess Anne , and Norfolk , including the cities of Norfolk and Portsmouth ) , and which excepted parts are for the present left precisely as if this proclamation were not issued .
Pagina 286
a visit and a letter from the Governor of New York , but I ' ve forgotten what that letter said . But there was another letter . It came from a young girl . I looked at that letter , and I ' ll never forget it . 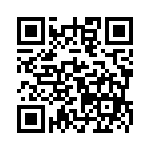