Pagina 101
The Almanach royal de France , which has been To his Mistress . briefly described on a late occasion , deserves a “ ( love , whose power and might None ever vet withstood , separate note ; and our alliance with France , an Thou forcest ...
Pagina 158
There are constant rePrior , he had either been left in France , which is ferences to " shim - sham projects , formed in the not probable , or had returned in the boat to the refined air of Bloomsbury Square .
Pagina 353
“ Messire Charles de Cosse , seigneur de Brissac , MareFlowering - Sunday is , I believe , almost universchal de France , mil cinq cens cinquante , au lieu du sally observed throughout South Wales ; and the Prince de Melphe , Chevalier ... 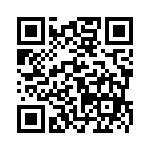