Pagina 64
68 It is possible , however , that there were other plays on Dido , now lost , from which Marlowe gleaned more than a mere suggestion . The two entries in Henslowe's Diary suggest the existence of such plays , though it is entirely ...
Pagina 257
It is no longer possible , however , to father the earlier plays on Marlowe . Julius Caesar is , at best , not much like Marlowe's known work . The theme is not ambition but the danger of ambition , which must be thwarted .
Pagina 274
Brereton 13 suggests Dekker , with possible aid from Haughton and Day . Fleay , Greg , and E. H. C. Oliphant take much the same view , except that Oliphant also suspects “ a writer not found elsewhere . ” 14 There is a possible clue in ... 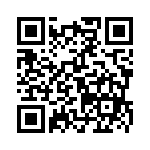