This book is brilliantly written, doctrinally right, and insightful as any book ever proffered on the seventeenth chapter of John. Rainsford's "Our Lord Prays for His Own" is a true masterpiece of devotional and expository literatrue. It is a must read for any serious disciple of Jesus Christ. Volledige review lezen 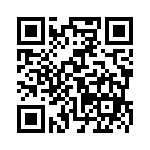