Pagina
... conceptions of God or the Infinite, their origin, nature, and truth, whether he can
have any such conceptions, whether God is under any or what limitations, and so
on, as I am persuaded that nothing but good can result from free discussion.
Pagina
For instance, we wouldn't want our actions, such as lifting our hand to our mouth,
to result in a random movement: We want that ice cream in our mouth not on our
forehead. Yet, there are those who say that because our brains follow the laws ...
Pagina
He did not think that a specific lesion would result in the loss of a specific ability.
He proposed the principles of mass action (the action of the brain as a whole
determines its performance) and equipotentiality (any part of the brain can carry
out ...
Pagina
greatest neuroscientists of all time, Santiago Ramón y Cajal. Sperry thought that
the growth of nerve circuits was the result of a highly specific genetic coding for
nerve contacts. He performed dozens of clever experiments to make his point.
Pagina
With neuron growth and connectivity under genetic control, the overall result of
this mechanism of neuron growth is that the brain's organizational scheme
throughout the vertebrate kingdom is generally the same. Leah Krubitzer, an ...
Volgende »

An interesting study of the interplay between mind and brain. Predominantly through studying of patents who have had their corpus callosum severed, thus separating the hemispheres of the brain, the ... Volledige review lezen

"We are people, not brains." That sums up the thrust of Gazzaniga's argument in "Who's in Charge?", adapted from his 2009 Gifford Lecture, a thorough and accessible look at trends in modern ... Volledige review lezen

Michael S. Gazzaniga is internationally recognized in the field of neuroscience and a pioneer in cognitive research. He is the director of the SAGE Center for the Study of the Mind at the University of California, Santa Barbara. He is the author of many popular science books, including Who’s in Charge? (Ecco, 2011). He has six children and lives in California with his wife. 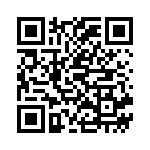