Pagina 52
When the crisis came , they were , therefore , a source of weakness to Yugoslavia and of strength to Germany , with results that were catastrophic to Yugoslavia and most injurious to the Allied cause . In March , 1941 , the Germans ...
Pagina 62
6 > never In Yugoslavia , as in other countries occupied by the enemy , a secret administration has been created . On April 2nd , Mihailovitch announced that a National Committee of the most prominent men in the country had been working ...
Pagina 186
In Yugoslavia , between the two wars , the Slovene clergy remained staunchly Yugoslav in all their activity , their relations with the Orthodox Church were brotherly , and their collaboration on many fields intensive and fruitful . 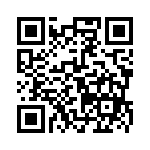