Sybille Ebert-Schifferer is the director of the Bibliotheca Hertziana at the Max Planck Institute for Art History in Rome. She is the author of Still Life: A History (Abrams, 1999) and co-editor of Sacred Possessions: Collecting Italian Religious Art, 1500–1900 (Getty Publications, 2010). 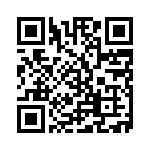