Pagina 267
... of the charge of a Primitive Bishop , the equal powers of Presbyters , and the antient sense in which the word church was used , as expressive either of one single congregation , or of the whole body of the faithful . ( Lecture VI . ) ...
Pagina 271
the word not in the apostolical , but in the more recent , sense , for a sort of subordinate ministers , who are not authorised to ordain , and who , on Dr. Hammond's hypothesis , as well as ours , were not originally in the church .
Pagina 400
Describing the church of St. Peter in Vinculis , we are told ; • The present edifice was built about the year 442 , by Eudoxia , wife of Theodosius Emperor of the East , who , having gone on a pilgrimage to visit the holy places of ... 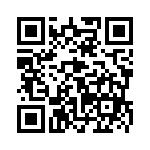