Woet L. Gianotten, began his career by spending more than 5 years in tropical medicine in West and East Africa, before moving to reproductive health and sexology. He spent two decades focusing on “common sexology” (where medical issues are not at stake) and then transferred to “medical sexology” (addressing sexual problems caused by disease, physical impairment, and medical interventions). During this period, Dr. Gianotten was Senior Lecturer in Medical Sexology in the University Medical Centre, Utrecht and the Erasmus Medical Centre in Rotterdam. His field subsequently narrowed to the subspecialties of rehabilitation sexology (after stroke, spinal cord injury, multiple sclerosis, etc.), gerontosexology, and oncosexology (sexuality and intimacy aspects of cancer) with a special focus on the terminal and palliative stage. Dr. Gianotten is co-founder of the International Society for Sexuality and Cancer (ISSC) and is a past member of the Executive Committee of the World Association for Sexual Health. He was co-editor of a Dutch textbook on sexology (2009) and editor-in-chief of a Dutch handbook on sexuality in disease and physical impairment (2008). Since his retirement in 2006, his core business has been teaching and training in sexual medicine/sexual health. 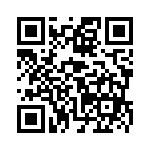