Pagina 39
Now that she understood her position , she made a point of thanking the adamant
professor who had blocked her graduation and was shortly on her way to join her
brother in Italy . In the Umbrian valley they lived for a time in a pension in ...
Pagina 109
When summer came , she and Harriet Levy accompanied the Steins to Italy ,
where they took rooms in Fiesole at the Casa Ricci , while Gertrude and Leo took
a larger place , the Villa Bardi , nearby . Situated on a cliffside , the Casa Ricci ...
Pagina 169
A native of Newburyport , Massachusetts , Constance Fletcher had come to Italy
with her mother and her mother ' s lover who , in their New England home , had
been the household tutor . Sensitive , even as a very young child , to the scandal
... 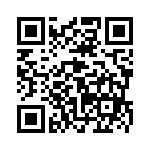