WHAT IS MARRIAGE FOR?

Why wed? As a financial investment? To have sex? To reproduce the species? To link two families together? This highly informative and enjoyable romp through the history of marriage in Western Europe ... Volledige review lezen

The social history of marriage has indeed been strange, and it is incredibly interesting as well. E. J. Graff explores the purpose of and the reasons for marriage in Europe and North America from the ... Volledige review lezen 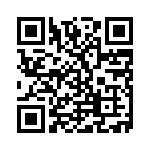