Pagina 29
Belgrade, 23 December 1930 This letter written by the members of the wartime
French group to Andre Breton gives an insight into the situation of surrealist
activists in occupied France, and the presence they managed to maintain despite
the ...
Pagina 188
Yves Tanguy, Georges Sadoul, Aragon, Andr6 Breton, Andr6 Thirion, Maxime
Alexandre, Paul Eluard, Pierre Unik, Ren6 Char, Benjamin Peret, Rene Crevel,
Georges Malkine and twelve signatures of foreign comrades. 3 July 1931 The ...
Pagina 204
Andre Breton, 1928 The simplest surrealist act consists in going down to the
street, revolver in hand, and shooting into the crowd for as long as one can.
Andre Breton, 1930 Everything tends to make us believe that there exists a
certain point of ...

Michael Richardson lectures in cultural theory and social anthropology at the School of Oriental & African Studies, University of London. He edited and translated with Krzysztof Fijalkowski Refusal of the Shadow: Surrealism and the Caribbean (Verso, 1996) and more recently Georges Bataille: Essential Writings (Sage Publications, 1998).Krzysztof Fijatkowski is a lecturer in visual culture and art history at Norwich School of Art and Design and the University of East Anglia. He is also an occasional exhibition curator, artist and guitarist. 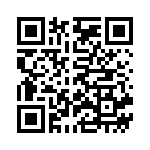