Pagina xi - I have but one lamp by which my feet are guided, and that is the lamp of experience. I know of no way of judging of the future but by the past.
Komt voor in 898 boeken vanaf 1818-2008
Pagina 10 - An Act to authorize the President of the United States, to accept for the United States a cession of Jurisdiction of the Territory west of Pennsylvania, commonly called THE WESTERN RESERVE of Connecticut.
Komt voor in 48 boeken vanaf 1802-2004

SUZANNE M. CLARK has had an extensive career as a librarian and researcher. She has been Head of Public Service at Hawaii Medical Library, Head of the Documents and Maps Department of the University of Vermont library, and a Research Associate with the Medical Record Information Service. Her publications have appeared in journals such as Government Publications Review and Journal of Education for Library and Information Science. 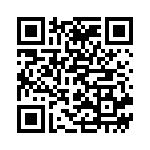