Pagina 189
A few days later , on November 30th , the commander of the Bandits , Kapetan Stathis , issued a communiqué , describing the engagement at Mandalo as “ an epic fight . ' 8 On November 20th the Bandits attacked the village of Xirovrissi .
Pagina 190
When the Bandits , or their chiefs , give hospitality to British journalists or politicians , they are polite , plausible , and diplomatic . They do pretend that Grecce is under a “ foreign'that is to say British - ' occupation ...
Pagina 227
has , for Greece , remained inconclusive - only now , as the offensive against the Bandits develops , is there a good prospect of a conclusion . Desertions increased during the past winter . Regulars who desert to the Bandits are ... 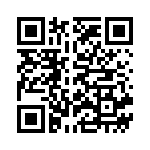