Pagina 303
Her Ladyship knew noctivigator , where he had been so late , and with whom , that was so materiall and sufficient , that she desired him and whither he was going , and to whom , whether be to keep the other two reasons to himselfe .
Pagina 467
J. T. F. son , the late William Stuart , Esq . , who died in Bp . Hatfield's IIall , Durham . 1874 , was a noble portrait of the archbishop , painted by the great artist William Owen , in Queries . which he was depicted in his episcopal ...
Pagina 505
It appears that the late Mr. Pickering suggested to THE CRACE COLLECTION AT SOUTH KENSINGTON.our good friend , Mr. Robert Roberts of Boston that he There are now suspended at South Kensington , in some should bring out “ a good library ... 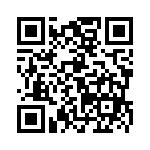