Truth: A Guide by Simon Blackburn Why I picked this book up: I was in one of the Powell’s Books in Portland while in Oregon for a conference. First of all I LOVED Powell’s. It was SO fun being in a ... Volledige review lezen

I read Blackburn’s book Think about 3 years ago, and enjoyed his style. This was much denser, more technical, mostly concerned with theories of knowing reality, and evidence for locating truth in the ... Volledige review lezen

Simon Blackburn is Professor of Philosophy at the University of Cambridge, and one of the most widely respected philosophers of our time. He is the author of many influential books, including the best-selling Oxford Dictionary of Philosophy (1994), Think (1999) and Being Good: A Short Introduction to Ethics (2001). He edited the prestigious philosophy journal MIND from 1984 to 1990. He is a Fellow of the British Academy and a frequent contributor to New Republic, and to discussion programmes on Radio 4 in the UK, and reviews for The Independent and The Sunday Times. 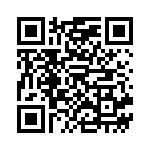