Pagina 106
For this it is indispensable that they avoid any narrow, erroneous conception of it
as a vocation in itself, artistic or mediumistic. If we look carefully we can see that
all such vocations began with a fortuitous circumstance whose effect was to ...
Pagina 254
It tends to denounce as obsolete and vain the greater part of recent artistic
production (including what could be revealed in America of Paris wartime artistic
activity). Critical laziness alone can explain those innumerable repetitions, that ...
Pagina 352
Where Dada undertook to ridicule all creative activity - even if in a sham manner
and with a wink of the eye - surrealism, imbued with the liberatory power of the
poetic or artistic act, intends on the contrary to disencumber it of the partitions and
...

Andre Breton, poet, novelist, philosophical essayist, and art critic, is considered the father of surrealism. From World War I to the 1940s, Breton was at the forefront of the numerous avant-garde activities that centered in Paris. A prolific producer of pamphlets and manifestoes, he also edited two surrealist periodicals. Breton's influence on the art and literature of the twentieth century has been enormous. Picasso, Derain, Magritte, Giacometti, Cocteau, Eluard, and Gracq are among the many whose work was affected by his thinking. From 1927 to 1933, Breton was a member of the Communist party, but thereafter he opposed communism. At the time of Breton's death in 1966, his novel Nadja (1928), about a young dreamer in love with an ethereal heroine was reaching a new generation of theatre goers. 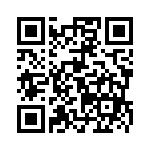