Simone Weil was a moralist, emphasizing the duty of man towards eternity and his fellows. Her life intertwined the spiritual and the neurotic, and she demonstrated an unusual capacity for identifying ... Volledige review lezen

With this reading of a fourth book by/on Weil, I'm beginning to understand that her astounding and mystical insights into man and God are not sullied by the almost absurd naivety of her "solutions" to ... Volledige review lezen

Born in Paris, Weil came from a highly intellectual family. After a brilliant academic career at school and university, she taught philosophy interspersed with periods of hard manual labor on farms and in factories. Throughout her life she combined sophisticated and scholarly interests with an extreme moral intensity and identification with the poor and oppressed. A twentieth-century Pascal (see Vol. 4), this ardently spiritual woman was a social thinker, sensitive to the crises of modern humanity. Jewish by birth, Christian by vocation, and Greek by aesthetic choice, Weil has influenced religious thinking profoundly in the years since her death. "Humility is the root of love," she said as she questioned traditional theologians and held that the apostles had badly interpreted Christ's teaching. Christianity was, she thought, to blame for the heresy of progress. During World War II, Weil starved herself to death, refusing to eat while victims of the war still suffered. 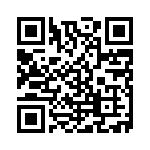