R. Hrair Dekmejian is Professor of Political Science at the University of Southern California, Los Angeles. He is the author of the much-acclaimed 'Islam in Revolution' as well as many other works on international affairs. Hovann H. Simonian is research scholar at the Department of Political Science, University of Southern California, Los Angeles. 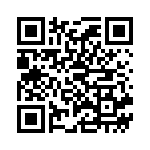