Pagina 486
The wound was not fatal, and the would-be assassin was put to death on the spot
. A wave of arrests, executions, and banishings ensued. One of Fazl-Allah's
grandsons, 'Azod-al-Din, was put to death, and another, Amir Nur-Allah, was ...
Pagina 494
When Mo'awia later, after Hasan's death, instructed Marwan to arrange the
marriage of Omm Koltum, daughter of his cousin 'Abd-Allah b. Ja'far b. Abi Taleb,
to the caliph's son Yazid, Hosayn expressly retaliated by marrying her to Qasem
b.
Pagina 509
Sultan Ahmad Mirza, Abu Sa'id's eldest son, upon hearing the report of his
father's death, set off from Samarqand with a powerful army; but when he met his
brother. Sultan Mahmud, en route and learned of the fait accompli in Herat, ... 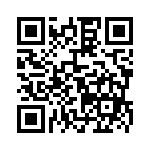