Adam Scovell is a Ph.D candidate at the University of Liverpool, a short film-maker, and an authority in the field of folk horror. He blogs at celluloidwickerman.com. 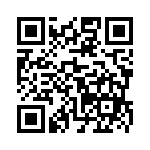