Pagina
Boys , Plans for the Government of , Doblados , Don Leucadio , Letters from , 364
377 Brooke's Elegy on Percy Bysshe ... Enigmas , Three , explained , 16 322
Errors of Ecstasie , 211 re's Greek Terminations , 323 Erskine's ( Lord ) Letter on
...
Pagina 44
This letter , written in the peculiar style of Pulci , M. de Sismondi affects to
discredit , professing that he does not understand these pleasantries , and that he
doubts whether I understand them better than himself . Whatever may be the ...
Pagina 409
That in this letter , in which the Secretary of the Board acknowledges the receipt
of Mr . Wronski ' s manuscript , he likewise acknowledges the Correction made by
that learned foreigner in his Theory of Refractions , and declares , that he would ... 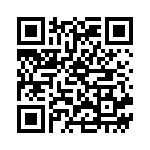