Richard Joseph Howard was born in Cleveland, Ohio on October 13, 1929. He received a B.A. from Columbia University in 1951 and a master's degree in 1952. He studied at the Sorbonne as a Fellow of the French Government in 1952-1953. He briefly worked as a lexicographer, but soon turned his attention to poetry and poetic criticism. His works include Trappings: New Poems; Like Most Revelations: New Poems; Selected Poems; No Traveler; Findings; Alone with America; and Quantities. He won the Pulitzer Prize for poetry in 1969 for Untitled Subjects. He is also a translator and published more than 150 translations from the French. He received the PEN Translation Prize in 1976 for his translation of E. M. Cioran's A Short History of Decay and the American Book Award for his 1983 translation of Charles Baudelaire's Les Fleurs du Mal. In 1982, he was named a Chevalier of L'Ordre National du Mérite by the government of France. He taught in the Writing Division of the School of the Arts, Columbia University. He died on March 31, 2022, in Manhattan, at the age of 92. 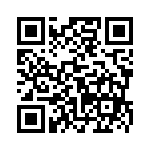