Mary Baine Campbell is Professor of English at Brandeis University. She is the author of The Witness and the Other World: Exotic European Travel Writing, 400-1600, also from Cornell, in addition to two books of poetry. 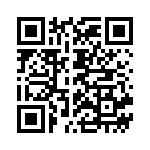