Pagina
36 Joan Miró : Still Life with Fan . 1915. Galerie Maeght , Paris . 37 Joan Miró : Ploughed Land . 1923–4 . ... 40 Joan Miró : Personage Throwing a Stone at a Bird . 1926 . 40 Joan Miró : The Hare . 1927. Galerie Maeght . Paris .
Pagina
258 Joan Miró : Personages in the Night Guided by the Phosphorescent Tracks of Snails . 1940–1 . One of 22 gouaches in the series ' Constellations ' . Reproduced in an album of engravings and lithographs , published by Pierre Matisse ...
Pagina 40
The cicada is the elusive , delightful and disturbing genius that goes ahead of Miró , introducing him to the higher powers with which the great Primitives have had some dealings in their time . It is perhaps the only necessary talisman ... 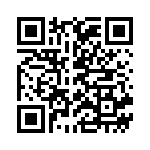