PAMELA GOSSIN is Associate Professor of Arts and Humanities at The University of Texas at Dallas. 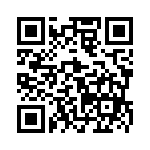