Wow, so far I am SUPER impressed by Donnelly's ability to use circular logic and get stuck in the rut of "modern/traditional" "us/them" binary thinking. I am trying to resolve the fact that I agree ... Volledige review lezen

Jack Donnelly is Andrew Mellon Professor in the Graduate School of International Studies, University of Denver. He is the author of several books, including Realism and International Relations. 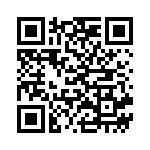