Pagina 80
To put it another way , individuality is signified , constructed , precisely in order
that it may be destroyed ; similarly , “ pain is truth , ” says the Magistrate in
Barbarians , paraphrasing Joll ( 5 ) . Later , after being tortured himself , the
Magistrate ...
Pagina 81
Magistrate ' s outpost . The central image is that of a young girl who sits hooded
with her back toward the advancing Magistrate . At first he is unable to imagine
her face ( 10 ) ; later , he peers around and sees a face “ blank , featureless ; it is
...
Pagina 84
Thus , the Magistrate remembers lecturing a soldier , without belief , on the rule of
law and recalls feeling afterwards “ the shame of office ” ( 139 ) . On that occasion
, he also tried to console himself by elevating his role to that of the witness to ... 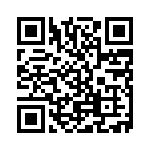