Pagina 38
New affluents continued to increase the burning stream , whose current , after being within a few feet of the walls of this incessantly widened , at last reached the ram- monastery , which is , undoubtedly , the parts of Catania .
Pagina 222
He continued obdurate , fled , she continued : “ It is a foul and scowling at her in sullen wrath . faulty life ; now here , now there , wander- “ Hence to you , puling drab , ” he cried , ing - wandering , from day to day , month ...
Pagina 557
force , confronting the Sergeant with a look “ You both saw and read it , ” continued as undaunted as his own . Sergeant Wrangle . What cared Sergeant Siftem for being “ I both saw it and read it , ” replied Mr. confronted ? 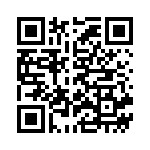