Pagina 488
When Hamlet called tion . ' for the recorders , Blanchard , who CANDOUR . delighted in a frolic , instead of the flute , brought on a bassoon , used in Several gentlemen , in the conthe orchestra . Jefferson , after com- pany of Lord ...
Pagina 643
It stands in Appin and Glenco . upon ŕ rising ground , looking towards an arm of the sea , called Tour from Arbroath to Montrose , Linnhe Loch , in the western part of the mainland of Argyllshire . ( Concluded from page 344. ) ...
Pagina 646
... and the criminal was sus- i.e. the dusky coloured or brown pended from a branch ; and hence hill , and which gives name to a cona gallows , in most districts of Scot- siderable extent of land , comprefand , is still called a tree . 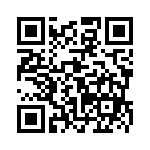