I enjoyed reading and learning about this remarkable woman. she was at the start of the modern painting and literature. he had an influence on 20th century culture and she live a very radical life without making it a issue. she was someone that lived our life and her values Volledige review lezen

Born in 1948, author Janet Hobhouse was raised in New York City and educated at Oxford. As an adult, she lived in both London and New York City. In the 1980's, she was primarily an art critic, which is evident in her two non-fiction works: The Bride Stripped Bare, an art study on the female nude, and Everybody Who Was Anybody: A Biography of Gertrude Stein. She also wrote four novels: Nellie Without Hugo, Dancing in the Dark, November, and The Furies. She died from ovarian cancer in 1991 at the age of forty-two. 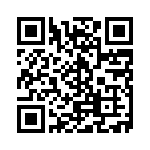