This two-volume set is a masterly accomplishment. Its nearly 800 entries succeed in offering "a broad-ranging guide to the profound changes in thought, sensibility, and expression" that occurred from ... Volledige review lezen

Christopher John Murray is a writer and editor in the fields of cultural and intellectual history. His previous edited publications include the Encyclopedia of Literary Critics and Criticism (Fitzroy Dearborn 1999) and the two-volume Key Writers on Art (Routledge 2002). His is also editor of the forthcoming Encyclopedia of Modern French Thought, to be published by Routledge in 2004. 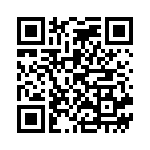