Pagina 341
They made sin , moreover , to consist in willfulness , and will . fulness in the
perfect knowledge of the nature of sin ; according to which doctrine , the more
blinded by the passions was the sinner , and , therefore , forgetful of his
obligation , the ...
Pagina 345
Whence Escobar has laid down the general principle , that according to Molina it
is lawful to kill a man for one crown . ” Now , the fact is that Molina , in examining ,
as all theologians do , the different circumstances under which homicide is ...
Pagina 422
... they held that the treaty of peace amounted to a recognition on the part of the
two countries of the allegiance of their respective inhabitants according to their
then residence and not according to their places of birth . Justice Story , in
speaking ... 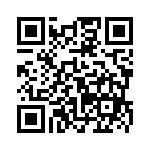