Mathew Mate received his Bachelor's in Engineering Science from the University of California at Berkeley in 1981 and his Ph.D. in Physics from the same university in 1986. He joined the IBM Almaden Research Center as a postdoc in 1986 and became a permanent member of the research staff in 1988. In 2003, Mathew became part of the Research Center of Hitachi Global Storage Technologies when IBM sold its disk drive business to Hitachi. While working at IBM and Hitachi, he has become one of the pioneers of elucidating how friction and lubrication occur at the atomic and molecular level and applying this knowledge to practical technology problems such as disk drive reliability. In 2001, he was awarded the MRS Medal from the Materials Research Society in recognition of his pioneering studies of friction at the atomic and molecular level. 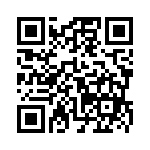