Pagina 93
The unspoken words behind this speech , carefully suppressed out of self -
preservation : “ I have heard your pleas . Not because they were full of pathos or
because you compared me to Alexander , Achilles or Hercules . Not even
because ...
Pagina 94
Hadrian did not say these words . Distrust and fear paralyzed his tongue . Distrust
: How much of what Claudius said was sincere – how much was just rhetoric and
poetic exaggeration ? What were Claudius ' s real feelings ? Fear : if he said ...
Pagina 210
Digressions about everything and everyone , allusions to the cesspool in
Alexandria , but no word about who rescued him ... Not a word . With a spatula ,
the Prefect smooths over the wax of the writing tablet , wiping out the words he
has just ...

This one was fantastic! Not a book of 'action', except in the memories expressed by two of the main characters, Prefect Hadrian and the poet, Claudius Claudianus. Hadrian presides at the trial of a ... Volledige review lezen

The cusps of the past are further explored in another of the prolific Haasse's historical sagas (In a Dark Wood Wandering, 1989; The Scarlet City, 1990)—a 1964 novel newly translated from the Dutch ... Volledige review lezen

Hella Haasse was born in Batavia, the capital of what was then Dutch East India, now independent Indonesia. It is thus understandable why her first novel, Oeroeg (1948), describes the relationship between a Dutch and an Indonesian youth. As the two young men grow up, they gradually become conscious of their ethnic and cultural differences and, in spite of their efforts, nature appears to have destined them to become estranged from each other. Haasse's greatest impact on the Dutch literary scene occurred when her historical novel Het woud der verwachting (In a Dark Wood Wandering) (1948) was published. It was translated into English in 1989. This novel became a classic in its own time. In it the author describes the ever-increasing loneliness of the fifteenth-century Romantic poet--prince Charles d'Orleans, pretender to the crown of France, who wrote most of his poems in British and French prisons. In addition to giving a moving report of the life of a person destined to end his life in utter isolation, Hella Haasse succeeds in presenting her main character in a way which allows the reader to identify with him. Charles's life is interwoven with the lives of all the other people he meets. Haasse's talent for description and narration and her skill with flashbacks allow her to manage the novel's many characters, constructing a microcosm in which each reader feels "at home' and meets people with whom he or she can identify. 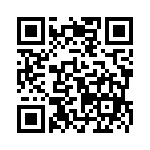