Matt Haig was born on July 3, 1975 in Sheffield. He attended the University of Hull where he studied English and History. He has since become a British novelist and journalist. He has authored both fiction and non-fiction for children and adults. His non-fiction title "Reasns to Stay Alive" became a Sunday Times bestseller. His bestselling children's novel, A Boy Called Christrmas is now being adapted for film. His other works include: The Last Family in England, The Dead Fathers Club, Shadow Forest, The Possession of Mr. Cave, How to Stop Time and Runaway Troll. 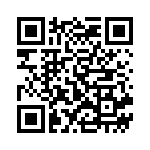