Pagina 101
Next, we will examine the interplay between DR's and CR's and CR's and IR's
and we will argue in favor of the Extend Ordering Hypothesis, the hypothesis
according to which morphological rules have the following order: DR's, CR's and
IR's.
Pagina 153
Consider two rules, A and B, such that the output of B cannot be the input of A,
and a third rule, C, whose output cannot be the input of B. According to the
ordering hypothesis, C must be ordered after B. Furthermore, by the transitivity
property, ...
Pagina 178
Subcategorization Frames According to Roeper and Siegel (1978:202ff.), WFR's
can affect the subcategorization frames of their base in three ways.
Subcategorization frames can be (a) inherited, (b) deleted, (c) added (by
redundancy rules). 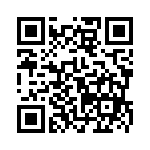