Pagina 23
Bachmann ' s first poetry was published in Lynkeus , Dichtung , Kunst , Kritik ,
edited by Hermann Hakel , while she was attending the university . After her
graduation , she went on to become a scriptwriter at Radio Rot - Weiþ - Rot in
Vienna .
Pagina 116
His poetry began to be published in 1941 . Since 1954 he has often employed
chance operations and other nonintentional , as well as intentional techniques ,
when composing verbal , musical , theatrical , and multimedia performance works
.
Pagina 183
From the beginning , Takahashi ' s poetry was overtly homosexual , and his
second book , Rose Tree , Fake Lovers , published in 1964 , has been compared
to the writings of Walt Whitman and Allen Ginsberg . That same year , he became
... 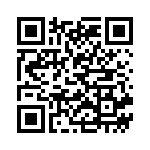