Adrienne Lynn Edgar is Associate Professor of History at the University of California, Santa Barbara. She was formerly an editor of World Policy Journal. 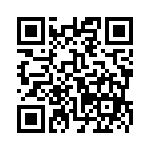