Pagina 9
—The gingling spur , or “ ginglers , " as contrary , one capital reason for rejecting the old notion they were called , appear , from ' Every Man in his is the total silence of the Bible ; but we mean that little Humour , ' II . i .
Pagina 83
other pauses , are represented on the stage as they “ [ Reads ] , ” and that the completer of the play , would occur in nature , and sometimes more than thinking , for the reason which I shall give , that * - in ordinary natures .
Pagina 165
The reason is grouped as songs , and say nothing of children , and said to be that corpses are usually carried by an even one ( as Dr. Johnson mentions ) is addressed to number of bearers . The Western huntsman regards Robert Walpole as ... 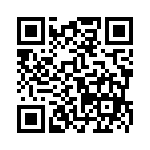