C.A. Patrides is G.B. Harrison Distinguished Professor of English Literature at the University of Michigan, Ann Arbor. He is the author or editor of over twenty books, among them Milton's “Lycidas”: The Tradition and the Poem (new and revised edition, University of Missouri Press, 1983). 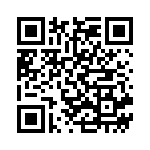