Pagina 9 - Hence likewise they will avoid the necessity of those overgrown military establishments, which, under any form of government, are inauspicious to liberty; and which are to be regarded as particularly hostile to republican liberty. In this sense it is, that your union ought to be considered as a main prop of your liberty; and that the love of the one ought to endear to you the preservation of the other.
Komt voor in 557 boeken vanaf 1796-2008
Pagina 6 - This conjunction of an immense military establishment and a large arms industry is new in the American experience. The total influence economic, political, even spiritual - is felt in every city, every state house, every office of the federal government.
Komt voor in 453 boeken vanaf 1942-2008

Michael Lind is the Whitehead Senior Fellow at the New America Foundation. Lind has been Assistant to the Director of the U.S. State Department's Center for the Study of Foreign Affairs and executive editor of The National Interest. He is the author most recently of What Lincoln Believed: The Values and Convictions of America's Greatest President (2005). Lind has written several books of nonfiction, fiction and poetry, including The Radical Center: The Future of American Politics (with Ted Halstead, 2001) and The Next American Nation (1995). He has been an editor or staff writer at The New Yorker, Harper's Magazine and the New Republic, and writes frequently for The New York Times, The Washington Post and The Financial Times. He lives in Washington, D.C. 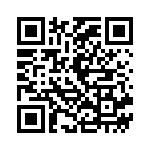