The author was formerly one of the Parliamentary Counsel, responsible for drafting British legislation. His drafting work includes, among much constitutional and other legislation, the Consumer Credit Act 1974 and the Sex Discrimination Act 1975. As a constitutional lawyer, he has also advised at various times the governments of Pakistan, Ghana, Jamaica, and Gibraltar. He drafted constitutions for Pakistan (1956) and Ghana (1959-1961) on those countries attaining the status of independent republics. He was also formerly law tutor at St Edmund Hall in the University of Oxford, and is still a member of the University's law faculty. 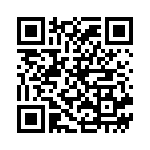