Pagina 8
Mr. Croaker , knowing my friendship for the young lady , has got it into his head
that I can persuade her to what I please . JARVIS . Ah ! If you lov'd yourself but
half as well as she loves you , we should soon see a marriage that would set all ...
Pagina 12
Excuse me , ladies , if some uneasiness from friendship makes me unfit to share
in this good humour : I know you'll pardon me . 20 MRS . CROAKER . I vow he
seems as melancholy as if he had taken a dose of my husband this morning .
Pagina 46
When I first applied to your friendship , I expected advice and assistance ; but
now , Sir , I see that it is vain to expect happiness from him , who has been so bad
an economist of 10 his own ; and that I must disclaim his friendship , who ceases
...

As Samuel Johnson said in his famous epitaph on his Irish-born and educated friend, Goldsmith ornamented whatever he touched with his pen. A professional writer who died in his prime, Goldsmith wrote the best comedy of his day, She Stoops to Conquer (1773). Amongst a plethora of other fine works, he also wrote The Vicar of Wakefield (1766), which, despite major plot inconsistencies and the intrusion of poems, essays, tales, and lectures apparently foreign to its central concerns, remains one of the most engaging fictional works in English. One reason for its appeal is the character of the narrator, Dr. Primrose, who is at once a slightly absurd pedant, an impatient traditional father of teenagers, a Job-like figure heroically facing life's blows, and an alertly curious, helpful, loving person. Another reason is Goldsmith's own mixture of delight and amused condescension (analogous to, though not identical with, Laurence Sterne's in Tristram Shandy and Johnson's in Rasselas, both contemporaneous) as he looks at the vicar and his domestic group, fit representatives of a ludicrous but workable world. Never married and always facing financial problems, he died in London and was buried in Temple Churchyard.

Tom Davis writes about life in the American South in short stories, articles, and poems. Davis, a resident of Fayetteville, N.C., uses personal experience, imagination, and humor to tell stories about Southern people and events. Davis combines true elements, such as the names of actual persons and events that really took place, with descriptions of imaginary people and places. Davis's books include What Would You Like on Your Mashed Potatoes?, The Long and the Short, Pickberry Pig, and The Patrol Order. Davis's works are also included in A Loving Voice and A Loving Voice II, anthologies of read-aloud short stories. Davis also publishes extensively in newspapers and journals, such as The Carolina Runner, Poet's Sanctuary, and Special Warfare, a professional military journal published by the Special Warfare Center. He has won numerous awards from Byline, a national magazine for writers. 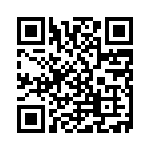