Cho Kyo is professor of comparative culture and literature in the School of Global Japanese Studies at Meiji University, Japan and a guest professor at the International Research Center for Japanese Studies (Nichibunken). Among his recent publications are The Pitfall in Cultural Understanding (Ibunka rikai no otoshiana), Crossing the Border: A New Aspect of Modern Japanese Literature (Umi wo koeru Nihon bungaku), A Cultural History of Emotion in Chinese Literature and Culture (Jo no bunkashi), and Glimpses of East Asian Literature and Culture (Ajia wo yomu). He also serves as a regular book reviewer for the Mainichi.

Kyoko Iriye Selden (1936–2013) was coeditor of More Stories by Japanese Women Writers: An Anthology, the sequel to Japanese Women Writers: Twentieth Century Short Fiction. Her other translations included Honda Katsuichi’s Harukor: An Ainu Woman’s Tale, Kayano Shigeru’s Our Land Was a Forest, and The Atomic Bomb: Voices from Hiroshima and Nagasaki. She taught Japanese language at Cornell University until her retirement. 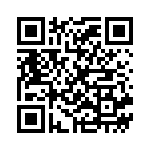