Anders Ĺslund was a senior fellow at the Peterson Institute for International Economics from 2006 to May 2015. He examined the economic policies of Russia, Ukraine, and Eastern Europe, as well as the broader implications of economic transition. Ĺslund served as an economic adviser to the governments of Russia in 1991-94 and Ukraine in 1994-97. 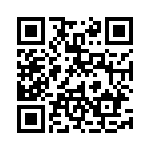