Pagina 370
Mitka Korshunov was riding in the third rank of the leading troop with Mikhail
Ivankov and Kozma Kruchkov, both from stanitsas on the Don. Ivankov, broad in
the shoulders and face, kept silent, and Kruchkov, a slightly pock-marked, ...
Pagina 372
Not realising what the laughter was about, and thinking that the Cossacks were
laughing at him, Kruchkov snarled: “Be careful, Korshunov. I'll give you fifty of the
best when we get to camp!” Mitka shrugged resignedly. “Black goose.” “That's it.
Pagina 382
Kruchkov wrenched himself away from the stove and, stretching himself till his
bones cracked, asked the host: “How far is it to this place?” “Four versts.” “It's
quite near,” said Astakhov and, sitting down on a bench, took off his boot. “Where
could ... 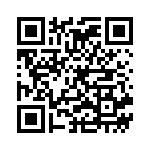