Important work that adds to the discipline by considering a category of regimes that fit comfortably neither in the categories of democracy nor of dictatorship. This is the kind of book that truly advances political science as a scholarly discipline. Volledige review lezen

Steven Levitsky is an American political scientist and Professor of Government at Harvard University. His research focuses on Latin America and the developing world. He is the author of Competitive Authoritarianism, (with co-author Lucan A. Way in 2010), and How Democracies Die (with co-author Daniel Ziblatt in 2018). He is co-editor of Argentine Democracy: The Politics of Institutional Weakness (2005). He is the recipient of numerous teaching awards.

Lucan Way is an Assistant Professor of Political Science at the University of Toronto. His research interests include political regimes, fiscal and social reform, corruption, and post-communist politics. Professor Way is currently completing a book, Pluralism by Default: Sources of Political Competition in the Former Soviet Union, and has published articles in the Brown Journal of World Affairs, Communist and Post-Communist Studies, Comparative Politics, East European Politics and Societies, the Journal of Democracy, the Journal of Communist Studies and Transition Politics, Politics and Society, Post-Soviet Affairs, Studies in Comparative and International Development, and World Politics, as well as several book chapters. He is on the editorial board of the Journal of Democracy. 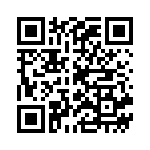