Melinda Hartwig is an Egyptologist and Associate Professor at Georgia State University, Atlanta, GA. A specialist in ancient Egyptian painting and mortuary culture, she has directed documentation projects in Egypt for 30 years, the most recent being the tomb of Menna (Theban Tomb 69).She has written numerous articles and books, including Tomb Painting and Identity in Ancient Egypt: 1419-1372 BCE (Turnhout: Brepols) and the forthcoming Companion to Ancient Egyptian Art (Oxford: Wiley-Blackwell). 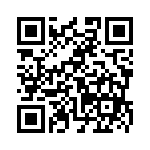